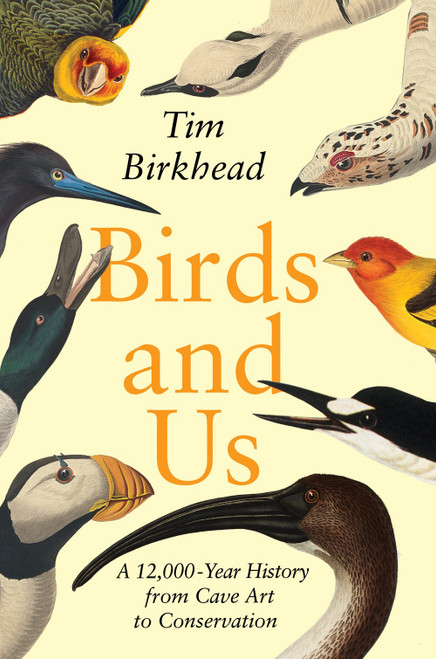 Since the dawn of human history, birds have stirred our imagination, inspiring and challenging our ideas about science, faith, art, and philosophy. We have worshipped birds as gods, hunted them for sustenance, adorned ourselves with their feathers, studied their wings to engineer flight, and, more recently, attempted to protect them. In Birds and Us, award-winning writer and ornithologist Tim Birkhead takes us on a dazzling epic journey through our mutual history with birds, from the ibises mummified and deified by Ancient Egyptians to the Renaissance fascination with woodpecker anatomy, and from the Victorian obsession with egg collecting to today’s fight to save endangered species and restore their habitats.

Birds and Us chronicles the beginnings of a written history of birds in ancient Greece and Rome, the obsession with falconry in the Middle Ages, and the development of ornithological science. Moving to the twentieth century, the book tells the story of the emergence of birdwatching and the field study of birds, and how they triggered an extraordinary flowering of knowledge and empathy for birds, eventually leading to today’s massive worldwide interest in birds and the realization of the urgent need to save them.

Weaving in stories from Birkhead’s life as scientist, including far-flung expeditions to wondrous Neolithic caves in Spain and the bustling guillemot colonies of the Faroe Islands, this rich and fascinating book is an unforgettable account of how birds have shaped us, and how we have shaped them.

Hardcover with 496 pages and 63 color and 70 black and white illustrations.

Tim Birkhead is a Fellow of the Royal Society and professor emeritus of zoology at the University of Sheffield.

My Happy Year by E. Bluebird