Field Notes of An Unintentional Birder: A Memoir 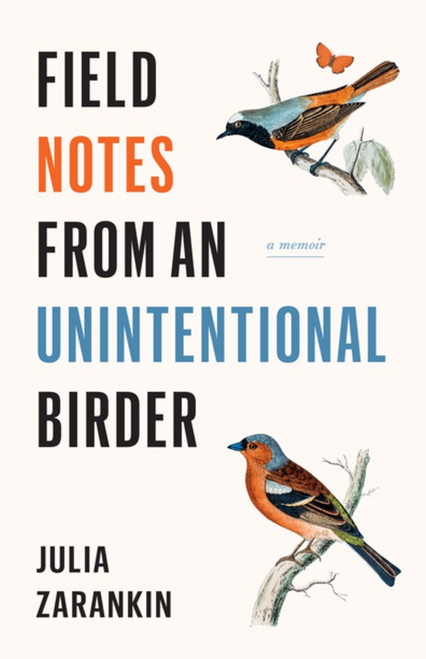 Field Notes of An Unintentional Birder: A Memoir

A writer discovers an unexpected passion for birding, along with a new understanding of the world and her own place in it.

When Julia Zarankin saw her first red-winged blackbird at the age of thirty-five, she didn’t expect that it would change her life. Recently divorced and auditioning hobbies during a stressful career transition, she stumbled on birdwatching, initially out of curiosity for the strange breed of humans who wear multi-pocketed vests, carry spotting scopes and discuss the finer points of optics with disturbing fervor.  What she never could have predicted was that she would become one of them. Not only would she come to identify proudly as a birder, but birding would ultimately lead her to find love, uncover a new language and lay down her roots.

Zarankin’s thoughtful and witty anecdotes illuminate the joyful experience of a new discovery and the surprising pleasure to be found while standing still on the edge of a lake at six a.m.  In addition to confirmed nature enthusiasts, this book will appeal to readers of literary memoirs, including those interested in midlife adventures. Paperback.

Learning the Birds: A Midlife Adventure