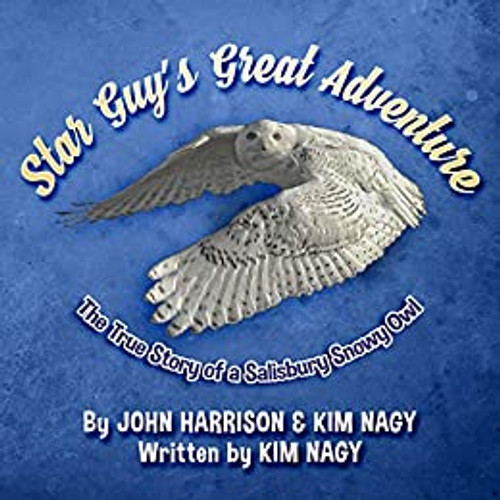 On a cold, crisp, December night, a lone Snowy Owl navigated the star-studded sky, far from his Arctic origins. The New Hampshire coast gleamed below as dawn lit the countryside. Soon he saw marshes and tidal pools, reminding him of home. Should he take a closer look? He descended and landed on a small island of marsh grass. In the distance, he saw a vole scrambling. He took off, swooped down, and captured breakfast. He liked this place. Thus began Star Guy’s Great Adventure, in the seaside town of Salisbury, Massachusetts.

This true story of a snowy owl in Salisbury, Massachusetts was written by two local authors, birders, and photographers: John Harrison and Kim Nagy.  Readers will learn many interesting facts about these beautiful visitors from the Arctic tundra.

The Book of North American Owls

Over and Under The Snow

We Are All Greta