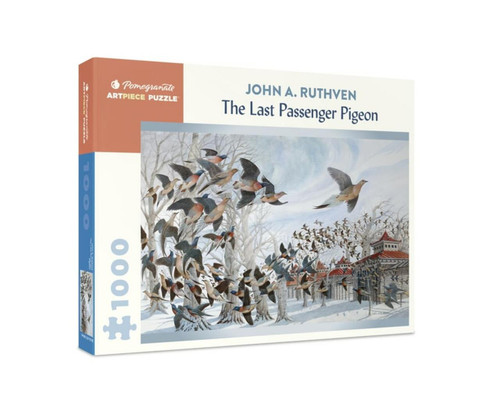 John A. Ruthven (American, 1924–2020) Martha, the Last Passenger Pigeon Inspired by the last of her kind, John A. Ruthven’s Martha, the Last Passenger Pigeon is a tribute to a now-extinct species. Passenger pigeons used to be the most numerous bird species in America. Martha died in 1914, having lived out her days at the Cincinnati Zoo. Ruthven long combined art and conservation: he received a National Medal of Arts for his work as an artist and naturalist. His brilliant mural reproduced here reminds us of the importance of wildlife conservation. Relive the majesty of Martha and her flock with this 1,000-piece puzzle.

Birds on a Wire Morph Mug

I Am Woodpecker Puzzle 300 pieces