The Planter of Modern Life: How an Ohio farm boy conquered literary Paris, fed the lost Generation, and sowed the seeds of the organic food movement 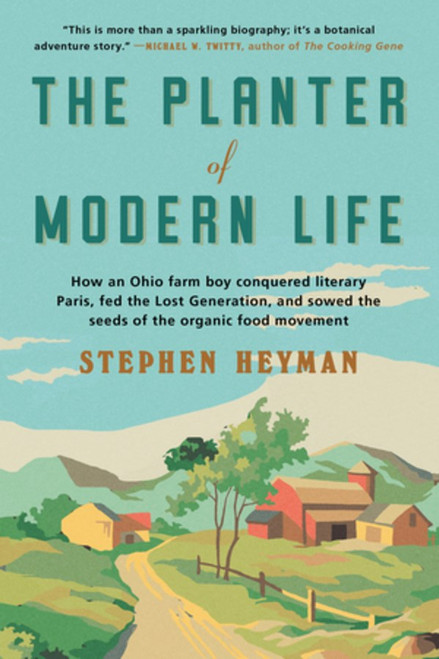 The Planter of Modern Life: How an Ohio farm boy conquered literary Paris, fed the lost Generation, and sowed the seeds of the organic food movement

Louis Bromfield was a World War I ambulance driver, a Paris expat, and a Pulitzer Prize–winning novelist as famous in the 1920s as Hemingway or Fitzgerald.  But he cashed in his literary success to finance a wild agrarian dream in his native Ohio. His utopian experimental farm, Malabar, would inspire America’s first generation of organic farmers and popularize the tenets of environmentalism years before Rachel Carson.

Bromfield stood out in literary Paris for his lavish hospitality, his green thumb, and his Bohemian style. He built a magnificent garden outside the city where he entertained aristocrats, movie stars, flower breeders, and writers of all stripes. Gertrude Stein enjoyed his food, Edith Wharton admired his roses, and Ernest Hemingway seethed with jealousy over his critical acclaim.  Millions savored his novels, which were turned into Broadway plays and Hollywood blockbusters, yet Bromfield’s greatest passion was the soil.

In 1938, Bromfield returned to Ohio to transform 600 badly eroded acres into a thriving cooperative farm, which became a mecca for agricultural pioneers and a country retreat for celebrities like Humphrey Bogart and Lauren Bacall, who were married there in 1945.

This sweeping biography unearths a lost icon of American culture. He fought for an agriculture that would enrich the soil and protect the planet. While Bromfield’s name has faded into obscurity, his mission seems more critical today than ever before. Paperback.

How to Find a Fox