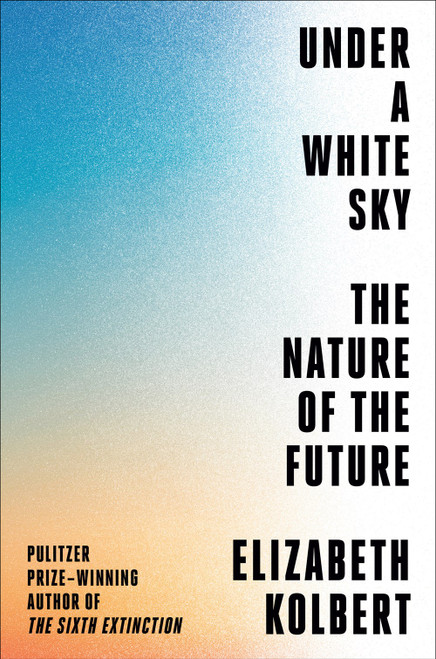 After doing so much damage, can we now change nature to save it? So pervasive are human impacts on the planet that it’s said we live in a new geological epoch: the Anthropocene.

Elizabeth Kolbert takes a hard look at the new world we are creating. She meets scientists who are trying to preserve the world’s rarest fish, which lives in a single, tiny pool in the middle of the Mojave.  She visits a lava field in Iceland where engineers are turning carbon emissions to stone, an aquarium in Australia where researchers are trying to develop “super coral” that can survive on a hotter globe, and a lab at Harvard where physicists are contemplating shooting tiny diamonds into the stratosphere in order to reflect sunlight back to space and cool the earth.

Interventions like these have previously imperiled our planet, but now they are increasingly seen as the only hope for its salvation. By turns inspiring, terrifying, and darkly comic, Under a White Sky is a fascinating examination of the challenges we face.

Rooted: Life at Crossroads of Science, Nature, and Spirit