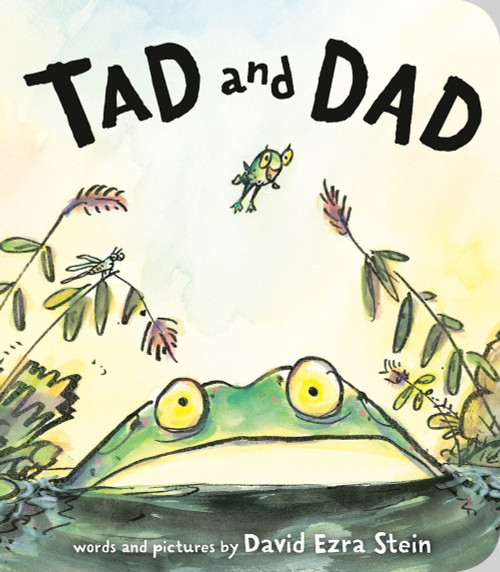 This is Caldecott Honor winner David Ezra Stein’s funny and tender tale of a growing tadpole who loves his frog dad so much he never gives him a moment’s peace.

Tad the tadpole spends every day with his awesome dad, and shares a lily pad with him at night.  It’s always been that way…but little Tad is growing up, and quickly becoming as awesome—and large—as his dad.  As his new parts sprout, he’s learning to swim and hop and croak just like Dad. Dad is very proud, but when Tad’s accomplishments carry over into nighttime—bringing lots of kicking and croaking in his sleep—the lily pad is no longer a bed for two.  Even Tad finally realizes it’s time for a lily pad of his own, and all is well—at least until Dad realizes how much he misses Tad.

amazing dads: Love and Lessons from the Animal Kingdom

You Nest Here With Me

amazing dads: Love and Lessons from the Animal Kingdom

Counting Is For The Birds

Have You Heard The Nesting Bird?